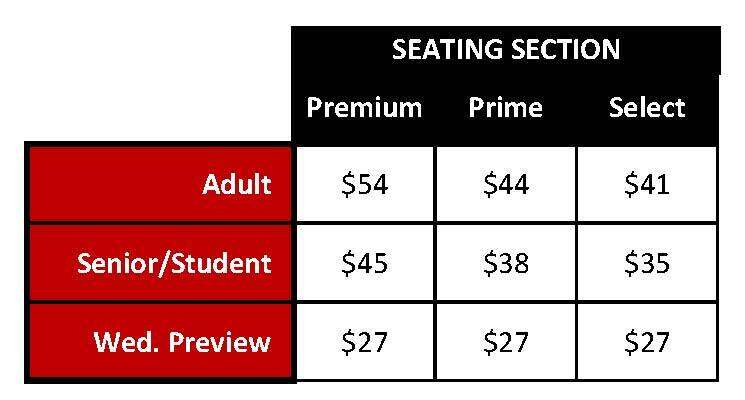 PTE is proud to be a theatre that hosts new stories and new voices, and we hope everyone has a positive experience on their journey with our productions.

We want to acknowledge that, regardless of whether the performance is light-hearted or serious, there can be themes, images or language that may affect people negatively.  As a theatre, we provide audience advisories and content warnings to prepare and care for our audience.

In many cases, a general warning of content is given to prepare audiences. However, general warning of themes may not be enough in every case. PTE honours the integrity of the playwrights and does not censor their choices, but in cases where we can anticipate some patrons may have more specific concerns, we developed additional advisories specific to the play.

You will find the specific advisories for Ghost Light below.

For some, the described content may have no effect, but for others these advisories are an essential part of keeping their reception of the play a safe experience. We recognize that we will never be able to fully anticipate what might be challenging material for every individual, but our team here at the theatre is working with a consultant to generate these advisories to the best of our abilities.

This play openly addresses themes of grief surrounding the loss of parents and loved-ones.

Written & Performed by Shawn Wright
January 22 - February 9, 2020
A joyful, powerful tribute to the bond of mother and son

In 2014, actor Shawn Wright spent as much time as he could with his dying mother, Regina, a self-described amateur actress “of some renown”, who, Shawn says, taught him everything he knows about theatre. Together they would watch her favourite show, Murder She Wrote, during which there would be no conversation countenanced. But in the commercial breaks, Regina shared some of the most hilarious and poignant moments of her life with Shawn. Now her son, playing both himself and his larger-than-life mother, gives his mom the “professional stage debut” she never got in life.

“Ghost Light is a genuinely touching, heartfelt experience. Wright proves himself to be an enthralling storyteller every moment of the performance. His devotion to honouring his mother’s memory is paramount, and is ultimately what carries the play, through both comedic tales and somber reflections.” – The East Magazine

"Shawn's mom was an outrageous personality, with a passion for acting that she passed on to her son. This play is his opporunity, in a way, to share the stage with her, and to celebrate their relationship."

4⭐️ “... an enchantingly self-aware story about grief, loss, gratitude and grace that unfolds through the stories Wright tells as he brings his late mother, Regina, to life through her stories and humour.” -Winnipeg Free Press

"...a sweet and touching sendoff to a remarkable woman — and a worthy tribute to a formidable spirit." - CBC Manitoba

"It was an amazing and very moving performance. And also a story that seems close to my heart. I could see Shawn doing that show over and over again. I don't think I blinked once. I was so into his performance."  – Tim M.

"I know there’s a lot of theatre in this town right now, but make the time to see GHOST LIGHT at @PrairieTheatre. It’s remarkable storytelling, and so unbelievably needed in this mad world right now. Shawn + @adptexchange + whole team have set up a clinic. Go get treated." – Rod B.

"Absolutely spellbound by 'Ghost Light' at @PrairieTheatre. Incredibly well written, and masterfully delivered. I spent my entire walk home thinking about the symbolism in that play and, honestly, I am just in awe at how well-crafted that was." – Matt S.

"Yet another winner at PTE - it was very moving and superbly voiced - terrific presentation." – Leslie K.