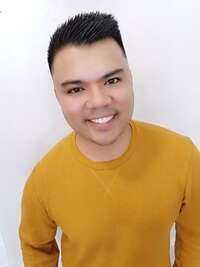 RISE was founded by Joseph Sevillo to create opportunity and access to underserved communities in Winnipeg by offereing a free two-week musical theatre intensive. In its first year, Joseph compiled an incredible faculty of IBPOC professionals who conducted workshops in their chosen fields of expertise for a group of very enthusiastic participants. Classes included Vocal Technique & Performance, Dance, Audition Techniques, Acting Fundamentals & Technique and Script Analysis.

RISE encourages performers of all ethnicities, gender identities, as well as performers with disabilities ages 16 and up to submit, with priority given to IBPOC musical theatre actors.

The next Intensive will take place from July 18 - 29. Information about submitting to be included will appear here.

Joseph has a vision to empower the IBPOC artistic and performing community in Winnipeg to create an avenue for them to tell their stories, hone their skills, and showcase their talents through the art form of Musical Theatre.

He is the co-founder of Broadway Dance Convention, which is a one-day musical theatre intensive focused on singing, dancing, and acting and is the co-creator of Ma-buhay: A New Musical! which is Manitoba’s First All Filipino Musical set to premiere at Rainbow Stage in 2024.

Joseph hopes to lead his community by showing them that bravery and courage is the first step in creating opportunities that will amplify and spotlight our communities.